I was privileged to attend CPC a few days ago in Orlando. As always, it was a GREAT time of refreshment and renewal.  Everything was so good, but this general session was a standout for me. The Speaker was Robert Madu from right down the road from me in Texas. I was so excited he was going to be there: my hubs and I heard him speak at his church in Cedar Hill, Tx and were so impressed. (you can see him for yourself on youtube.). So here are my notes from the session.

He took these two scriptures and compared them; that in Hebrews it is telling the reader to stay focused and then in 1 Samuel, Saul focused on David instead of his own purpose.  Good stuff right there out of the gate!

Who are you racing?  Who are you chasing after instead of running the race God has set for you?

Comparing yourself to others is dangerous because in doing so, you are trying to achieve something you weren't created for.

Every believer has 2 destinies.

You are God's representative so the world can see what Jesus looks like doing _____. (insert your job here...children's pastor, teacher, chef, etc.)

Saul is a case study of the downward spiral, and what comparison can do to your life.


How to know if you are a "but me" person


He also talked about social media and what a dangerous tool of comparison it has become. He asked, have our screens become mirrors of our lives?

My takeaway:
This was really good food for thought. Our enemy sets up traps for comparison for us all the time, and I will admit that I've fallen hard into them at times.  But God called me for a specific purpose, and I don't want to miss out on what he has for me by getting sidetracked in comparison.
Posted by marymary at 1:53 PM No comments:

Don't Give Up. Stick it Out. Persevere.

We started a new series today in Children's Worship called "At the Zoo." via CMD We remembered the story of the Tortoise and the Hare.  You know...the Hare thought he had the race won with no problem, and then-boy was he surprised when he woke up from his nap to find that he'd lost the race!

So what about you? When have you had to practice perseverance? Maybe that's right where you're living today.  One thing that I can promise you is that God is with you today. He knows. He hears your prayers. And-he has a plan bigger than we can imagine.

If you want to spend some time as a family this week talking about perseverance, here's a little help with that conversation:

1. Have each family member tell about a time in their life when they felt like giving up.
2. Parents-if you can, relate a story in your own faith walk-or that of another believer where someone didn't give up-the persevered-and saw God work out a difficult situation.
3. Pray together than when the tough times come, you will be able to persevere.  If you're living a tough time right now-pray that God will strengthen you as a family to stick it out!
Posted by marymary at 1:14 PM No comments:

For quite awhile now, the youth group in our church has taken on the responsibility of cleaning. Our custodian retired, and our youth pastor had this great idea, so cleaning the church has really been a blessing for youth families because the money earned goes to help pay for summer camp, extended trips, or little things like Thursday lunches.  New kids to the youth group and their families are getting a chance to get in on this fundraiser now.

I'm sitting in my office with the doors open and I can hear the sounds of a new 7th grader and his dad working in the church.  I love listening, because it's father and son interacting. I'm sure there are tons of other things both of these guys would enjoy more on a beautiful first day of summer, but they are spending it here at the church.

Together.
Uh huh, they are together.
Or to put it another way, they aren't apart, they're together.
Catching quality time. Together.

Dad is coaching son on his cleaning skills. Son is explaining the why's of his particular method. Dad is asking his son's opinion. Son is listening to his dad's direction. Voices aren't raised. Tempers aren't flaring. They are just enjoying being together.

I think as parents we sometimes think together means running the roads; overpriced summer attractions; bigger, better, brighter. And those things are wonderful, I love them every one!  But they aren't the only way to find quality time with your kids.

As I've learned about my own college-aged son, the memories that stick in his head aren't always the ones with the most $$ signs.  Sticky memories are rooted in together.

Side by side.
Give and take.
Patience and time.
Juuust together.

So maybe for you, together needs to be cleaning out a flower bed, or organizing the toy room. Whatever it like at your house, cherish it!  You've got lot of summertime, together-hungry hours ready for you to fill!

Thank you Lord for together!
Posted by marymary at 1:26 PM No comments:

I love my church, and today was reminded how special it is.  I went into the Christian bookstore to pick up a book, and when checking out the clerk asked me what church I worked at.

I quickly told her the name and location.  Her eyes got really big, and she said, "Oh praise the Lord.!" I can't believe this! I've been wanting to come to your church.  She said that she passes by the church every day, and something seems to be pulling her to visit. She explained a little about being on the search for a new place to worship, where she can really fit in.

She went on to tell me about some of the times she's been to our church for our Live Nativity at Christmas, and how the people are always so welcoming and and friendly, and work together so well.   She mentioned the spirit she always feels and how she loves reading our sign when she's driving by, and on and on she had only good things to say.

I invited her, made sure that she knew about the activities for kids (she has grandchildren), and as I got ready to leave she asked me if she could come around and hug my neck. She said, "I feel like I've met a long lost member of my family!"

She's right. She will be welcomed just like family and will feel right at home.

So thanks DFC family for the way that you show God's love.
Thanks for welcoming new people with smiling eyes and warm handshakes.
Thanks for making sure their children feel comfortable enough to make the treck down to the children's department.
Thanks for notes and phone calls and meals and rides and including everyone and prayers.

I can't wait to see Mischelle when she comes to visit!

Posted by marymary at 3:44 PM No comments:

Once a Seeker, Always a Seeker

It was Sunday afternoon, and a group was at the church to unpack all the boxes, and fluff all the wreaths, and test all the lights to make sure the beautiful decorations that adorn our sanctuary were ready for Hanging of the Greens.

I was there too, and while working alone, I asked the Father very simply, “will you show me something new this season? I want to experience Christmas in a whole new way.”  I went on to complete my assignment, but no inspiration hit me that day.

A few days later preparations began for the season at my house. My son was coming home from completing his first semester of college, and I wanted a festive, welcome  home for him.  While working alone, I asked the Father my simple request. “Will you show me something new this season? I want to experience Christmas in a whole new way.”  But no inspiration came to me that day.

For several days, as it came to mind, I asked the question, but still-no answer. Then, while listening in on the children’s Christmas program rehearsal, finally, my answer came. As I watched those wiggly little people trying to get all their lines in and stand in the right place on the stage, I realized that each character in the nativity story shared one common thread.

They were all Seekers. Wise men giving years of their lives to seek and following a star. Shepherds walking off the job and chasing after angels.  Young parents, so good at seeking God that they were chosen to bring up his Son while He lived on earth!

God was saying to me, “Seek me, Mary”.  You see, though sincere in wanting to learn something new, my simple request wasn’t born in action. Honestly, it was a come-and-serve-me kind of request.  That’s not what the Father had in mind for me.
My “something new” was not what God could show me, but in my moving to action.

Seeking him.
For joy, for peace, for promise.

Alongside the dirty shepherds and road weary wise men, I found my own place in the Christmas story this year, as a seeker.
Posted by marymary at 8:00 PM No comments: 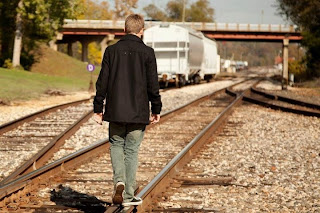 I know you’re walking through fire.
I see your head held high even though…
I hear your heart cry when your knees bow in prayer.
I feel the sting of tears in your eyes.

I want to say, dear one, that it’s quite ok for you to be with me.

Be lonely, and I will comfort.
Be angry, I will calm you.
Be frightened, I will hold you close.
Be empty, I will fill you.

I promise.
I love you that much.

I asked some friends today how they recharge; what they do when they need a rest stop; where they find an oasis.

Here's what I got:

my bed with cool crisp sheets, Colorado, a massage and starbucks, music, a pedicure, a nap, time spent laughing with family/friends, a bowl of cereal and the tv remote, a big bubble bath with lavender chamomile candles and a good movie, a pot of coffee, sitting on the bank of a creek with my feet in the water.

Love those responses...don't I have great friends?

I don't know about you, but right about now, in the "dog days of summer", recharging sounds pretty good!  That's why I'm looking forward to the Kidmin Conference.

I went to Kidmin last year, and was so pleased to find that this conference was designed to feed my soul, tickle my funny bone and...recharge my batteries.  Kidmin is more than just a few days to stuff your head with ideas and gizmos and plans and dreams.  Don't get me wrong, there's plenty of time for the head-stuffing, etc. but it's way more...it's a time to slow down, to listen to God's voice, and to experience the strength in standing together as God's family.

If you're a part of Children's Ministry in any capacity at your church, I hope you can join us there!  reCHARGE guaranteed!
Posted by marymary at 5:33 PM No comments:

marymary
I've always loved hats, and good thing because I have to wear many! I'm a wife, mother, daughter, friend. I have two jobs; one as a Children's Pastor and the other at a company that manufactures luxury bath products. Both jobs are f-u-n!